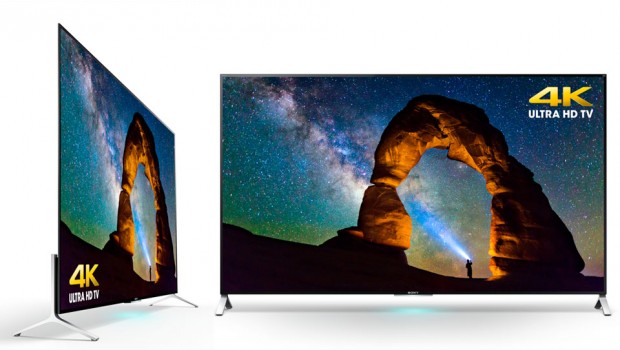 After a promised spring release that has come and gone and left me daily staring morosely at my overweight, tub of lard, queen of the sea-cows, fatty fat fatterson flatscreen (flatscreen? more like FATSCREEN) TV and dreaming of slimmer horizons, Sony has finally set the release for the X900C and X910C for July of 2015.

The X910C will be released later in the year, will be $5,499USD and will be an eye-stretching 75 inches of pure televisual glory.

All models will feature Android TV, Triluminos displays and an X1 processor to keep the 4K running smooth and sexy.

While I’m definitely not down with the idea of having a camera equipped, Android powered computer hanging on my living room wall (with Android’s security issues, you might as well just set up a live camera and microphone and save the NSA and the Pervy Hacker Blackmailers Crew the trouble) these models do look, if you’ll pardon my french, fucking sexy.