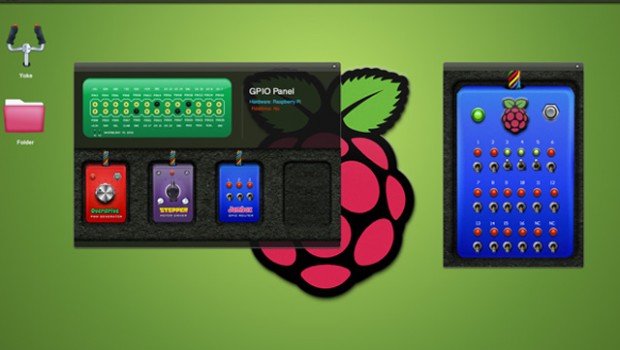 User jacksparrow has posted an interesting project over on the raspberrypi.org forums, a new operating system designed for a simple, pretty and elegant user experience on the Raspberry Pi.

This was posted a couple of months ago now but was only recently brought to my attention, which means hopefully these dudes aren’t too far away from launching what looks to be a very cool addition to the current crop of OS options for the Raspberry Pi.

Aiming to harness the potential of the ARM chip, jacksparrow and his crew of merry coders hope to improve on what they call “..[a] non responsive UI and dry apps” currently available for the Raspberry Pi.

Here’s a video of a beta in action, showing off some animated OpenGL desktop prettiness, and also what I find most exciting about the project – a very cool graphical interface for the GPIO called ‘Yoke’.

As well as Yoke, the team are also coding up a batch of unique applications to include with Marmalade, with the aim to “…launch an OS with some great utility features packed in right from [the] first day”.

Although now past the projected release date in the post, we wish the guys the best of luck in getting this out the door and into the Rpi community, as it looks like when it comes to fruition they’ll have a kick ass product that should add another very cool OS to the Raspberry Pi stable.