Hot on the heels of last week’s announcement of the new XBox One package, (featuring a new redesigned controller and 1tb of storage), Sony has launched their answer barrage – a similarly upgraded PlayStation 4 now with 1tb of storage, a case redesign, and a reported lower power consumption.

The Ultimate Player Edition Playstation 4 features a matte finish casing on the hard drive bay, in order to make the console look ‘more casual’ (Sony’s words), and comes in both black and white variants.

In addition to the doubled hard drive space, technological improvements include a 10 percent weight reduction and a new PSU that will reportedly consume 8 percent less power than the current model.

The casual Not as Shiny Edition (ahem, Ultimate Player Edition) will be released in Japan by the end of June, and the rest of the known universe by mid July. 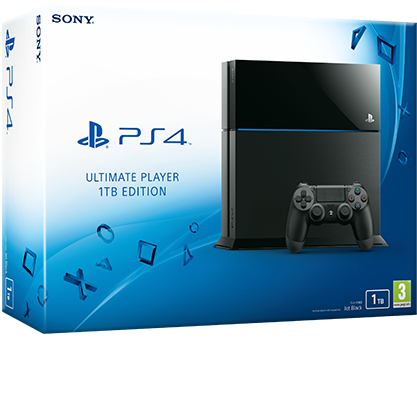