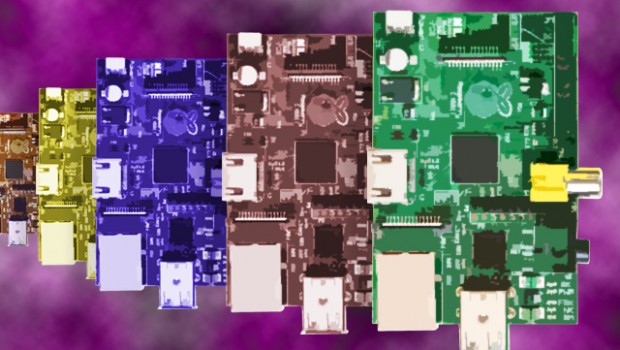 The Raspberry Pi Foundation has just announced that the millionth Raspberry Pi Computer has been birthed at its UK production facility – Sony’s Pencoed factory in South Wales.

This is a huge milestone not just for the Raspberry Pi foundation, but also for the feasibility of quality tech manufacturing in the UK – something that in this day and age is almost always relegated the juggernaut tech factories in China.

The BBC is reporting the worldwide success of the Raspberry Pi has it on track to become the best selling British computer of all time, already beating out the BBC Micro’s sales from the 1980s (The BBC Micro was creator Eben Upton’s childhood computer and a point of well deserved pride for the father of the Pi) and hot on the heels of the king of the 80s British Microcomputers, the ZX Spectrum.

The total amount of Raspberry Pis out the wild is actually closer to 1.75 Million, as a number of units were produced in China for a brief period before production was brought back into the bosom of Her Majesty’s isles.

The popularity of the Pi is actually a bit of a deviation from its original intent. Despite being a stalwart of hackers, tinkerers and media junkies of more mature years, Upton wanted the tiny computer to revolutionise education by getting it into the hands of school kids – he hoped it would allow teachers and kids alike an accessible path towards learning the creativity and problem solving skills of using computers for coding and interacting with the objects in the real world.

Upton doesn’t begrudge the hackers and creators that made his credit-card-computer a smash hit, but does concede the progress on the Pi’s original mission is a concern, and has stated the focus of the foundation must now more than ever before be on education.

“I think we always knew we were going to see hobbyists being interested in it before we saw children… it still really is early days. I reckon maybe 75 or 80 percent of Pis even today are going into the hands of adult hobbyists, but… we’ve got more than 200,000 in the hands of kids.” Upton told BBC Technology Correspondant Rory Cellan-Jones.

And what about that millionth Raspberry Pi to roll off the production line? Sony made the landmark unit a special gold plated case that is now proudly displayed at The Raspberry Pi Foundation’s home base in the UK, fondly referred to as ‘Pi Towers’.